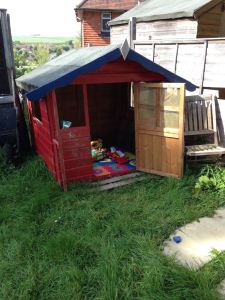 Every time I’ve sat down to write recently I’ve come up with nothing. There are a whole host of contributing factors, life with the tiny people, the slog of the summer term before long holidays (ah the joys of being married to a teacher and living the highs and lows with them), exhaustion each evening and more. I’ve been trying to figure out why I am so tired at the end of each day at the moment. It was only when I had time to stop and talk things over with my spiritual director the other day that I worked it out. Moving house is still affecting me. I don’t quite know why I thought it would all be ok after a couple of weeks.

It turns out moving house is infinitely exhausting beyond the actual stress of moving week and settling in. My brain has grown grooves in it’s thinking over the last 3 years of small children. I have spent lots of time building up routines and well worn paths in my brain then developed, down to the small details. How to get out of the flat with two small people, when to brush teeth, when to put on shoes, when to pack the changing bag, where I could go for calpol, where the nearest place for emergency snacks was, how long it would take to walk to the park, nip to the shops on the way back and get home in time to put the dinner on. All the decisions I kind of took for granted.

Now my brain has to walk new paths over these old ones. Every small decision has to be thought about again and again each day until it becomes second nature, until the paths are worn deep and my brain can run along them freely without conscious thought (oh how I wish I knew the science behind this). This process is exhausting. I still don’t know when to brush son1’s teeth in the morning – now we have stairs it’s no longer a simple step on the way out of the door, it requires thinking, can I leave son2 downstairs for that amount of time? What will he get up to that could cause damage? Do I risk it whilst son2 sleeps knowing the noise son1 is likely to make as the teeth brushing takes place? Do we do it as we leave? (Always the answer is no to that question, there are too many other things to think about..). And that’s just one of the many decisions to be made in the epic task of getting three people fed, rested, dressed and changed and out of the door each morning.

The afternoons are similar. No longer is it simple to do a shop run for an item I need (a excellent excuse for a trip out with the small ones). Some shops we just don’t have anymore and so I need to think more carefully about when and where we go. The new park is a similar distance away but seems further somehow. Everything is different and I’m still adjusting to it all. I miss bumping into people I know, the days seem longer up here and a bit more lonely. The boys still need to leave the house each morning or they get crazy grumpy. Being at home, either in the house or garden for a whole morning or afternoon is still not an option. Husbandface is home later, those crucial minutes at the end of the day until I can share the madness with someone else seem longer and longer.

In short, we’ve moved, it’s still affecting me, I’m tired and that’s ok. Life is pretty relentless right now, but it won’t be forever, this season of crazy will give way to a different season of crazy and I’ll have to process that as well.

Your correspondent, glad to have figured out the reason for the extreme exhaustion round here.

4 Responses to Just some processing thoughts