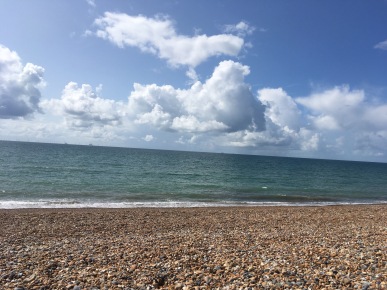 We have been back from our tour of the UK for a week now.

At some point I want to blog about it all.

We’ve been back a week.

This week we’ve been exploring, ever so slowly reestablishing, our routines of life. We’ve been working out how we live well back in a house, with easy access to tv and other distractions. We’ve been trying to work out what stays from vanlife and what might be ok to just admit was unique to life in a small box with not much stuff.

Sitting in this grey chair as the boys stare at the tv screen and I reflect on the week feels very familiar and routine like. Hoorah.

At times, this last week, I’ve felt like we were going backwards, returning to the sad exhausted days of life before we hit the road. Thankfully I’ve also felt happy and joyous at the beautiful world and city we live in. I’ve been a whole heap of emotions all expressed in an odd mix of jetlag and exhaustion.

The last month has very much felt like the summer teams I used to take to Poland and Bulgaria when I was a student worker. They were crazy intense times of spending time with 8 or so other people, all working towards the same goal and trying to love each other along the way. They were long times away from home which produced a strange kind of joy at only having one focus for those weeks. Internet and phones were hard to come by and so the people in the team became family for each other. There was something genius about the simplicity of those weeks. Something freeing about having such a clear focus of life.

The last month in the van has had that simplicity. It’s been intense but refreshing in so many ways because we’ve had just one focus, getting each other through the days. Nothing else has come into my head other than loving the people in front of me each day. I have no idea if it’s realistic to live like that back at home. I imagine life used to look more like that before fast transport and advances in technology made us far more aware of what everyone else in the world is doing. I’m not suggesting we go back in time I just wonder what our fast paced, ultra information world is doing to us.

I do think that the refreshment part of the trip was also due to it all being planned out. We had to make very few decisions about who to see and where to go.

I felt exhausted this week and maybe part of that was adjusting to life back in one place, aware of loads of different people and trying to work out where we fitted in, who to meet up with etc. I’m aware that my thoughts are full of wondering what people think of me, whether I made the right decisions about what to do and where to go.

I also seem to be more distracted from the boys at home. Maybe the closeness of everything in the van made me realise it was good to focus on the boys and having fun with them.

It is strange being back, part of me wants to run again but part of me is glad we have roots here. The more I run around our bowl of green, the more we munch on blackberries as we walk to the park, the more I see people I remember that we love our place, our spot on this earth. Being rooted is valuable.

•We have exercised more and eaten better (something we found v hard in the van).

•We’ve slowly reintroduced tv but at a more sane level for all of us.

•My phone is now out of the bedroom at night and hopefully a bit less in my hand during the day.

•We’ve stuck with our aeropress for coffee as we use less coffee, it tastes better and creates hotter coffee than our filter machine.

•We’ve been getting outdoors loads and walking lots to help the boys keep up the walking legs they found on holiday.

•Quiet time from the van has occasionally found it’s way into our days, son1 loving nothing more than snuggling up in bed listening to Dr Seuss stories.

I hope we can continue with these changes as the weeks progress.

Husbandface is still sick. He has slightly more capacity for doing things, he cooks our meals now which is wonderful. But. He’s still sick. It’s been hard adjusting to not seeing him as constantly as we did in the van.

And there you go. A slightly disjointed beginning of lessons learned from 30 days on the road.

This entry was posted in Life on the journey and tagged brighton, family, holiday, home, husbandface, joy, thankful, vanlife. Bookmark the permalink.