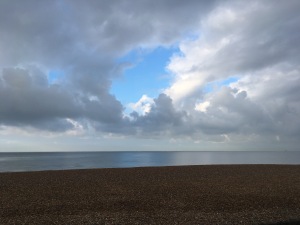 We are at that farm again. The one we have passes for. Irritatingly there is a school party here as well. But we’ll see how long the boys last with their peace and quiet invaded. (Or let’s face it, how long I will last). It’s been a couple of weeks since a round up post so, well, why not.

Not much changes around here. We are in full on spring mode which means I’m generally feeling much better than in previous months. I am fairly drunk on light, bluebells, green green grass and cherry blossom. Little has changed in the dark tunnel we find ourselves in. Husbandface is dragging himself to work each day. I’m really not sure he should be.

The boys and I are mooching along in a generally good mannered way up and down way. Less shouting all round but the normal ups and downs of life with small people. I was ill, they were ill. I had a week off running and then a week back into it all in preparation for a 10k I have signed up for at the beginning of July. I’ve been full of faith and at times I’ve been convinced there is no God at all.

I’ve also been preparing for our church women’s retreat this weekend where I’m doing a couple of sessions on authenticity. Something I think is only possible if you know who you are because of knowing who you belong to. It’ll be interesting having a chat about it all and enjoying some time away from the weirdos. I’m less convinced about leaving the lovely husbandface so if you are of the praying sort then please do.

Mostly I have no inclination to think beyond the few moments in front of me. The future is entirely unknown and I still don’t know how long this tunnel is. But the mood is good in the tunnel for now. (It will have probably changed several times by the time you read this..)

That’s enough of life right now. All my thoughts at the moment are actually taken up with motorhomes. We had such a brilliant time away and it was so good for husbandface’s mental health that we are planning an epic road trip for a month in the summer. Thanks to some amazing people we’ve hired a motorhome and from the end of July to the end of August we will be touring the country. I want to go now. The desire to hit the open road is strong. This year has been so crap I feel like we need some fun and a safe place to travel around in. The idea is that as well as seeing some cool stuff we will catch up with friends along the way. So if you fancy hanging out with us do get in touch. We would love to see you.

Right. I am being called on to be a monster and chase small people around the soft play. Rahhhhhhhhhhh.