Why don’t you come with me, I’ll get you through January… 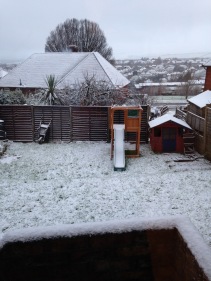 January really does suck. Each morning I wake and think of the things I will accomplish in my 2.5 hours without children in the evening. Each evening I crawl into my pjs at 6.30 and slump in front of whatever Netflix we are mainlining at the moment (if you haven’t tried Jessica Jones you are in for a treat :). It’s not that life is different, it’s not that life is awful, although it’s had it’s moments. It’s just January.

I blamed the circumstances. It was not their fault.

I’m coming to realise I think January just sucks. My brain is wired to hibernate in January. To pull on the covers, shut down and plough on through. It’s winter. It’s cold. It’s not Christmas.  I’m tired. It’s a long way to Spring. It’s winter. I agree with my frozen tree frog post of last year. January sucks. But it is not the whole story. It is not the end.

It helps my head.

It helps knowing my descent into sugar again has its reasons. It helps listening to my body and going with the hibernate desire just for a bit.

It helps to know January is like this. I know the rest of the year isn’t. I know Spring will come. I know that this murk is not all there is. I know that I will kick out and go running and listen to the small voice inside that says, it’s time to get up off the mat now, time to start again with the discipline and choosing things that aren’t tv. I’ll take it slow and steady because it is January. But it’s good to know that this is normal.

I don’t have to throw my faith out in despair that God isn’t around. He is. Of course he is. But it’s January and when frozen it’s hard to experience life. The thaw will come. It always does. He holds my faith in this time and holds me.

The crazy glowy sunrise this morning as I walked the eldest to nursery lit up the world in pink and gold. The downs in the distance sung of the glory of the world and reflected the beauty of it’s maker. Somewhere deep within my soul stirred from it’s hibernating state and I breathed deep. Hope peered in.

Tonight I sit post run and am glad. Glad that listening to the call to hibernate was wise. Glad that it didn’t destroy me. Glad that life is stirring within again and January isn’t at an end yet. Glad that the endorphins are on the rise and the rollercoaster of life evens out again.

1 Response to Why don’t you come with me, I’ll get you through January…